Our tourists feel long-standing and deep affection to France for fascinating strolls around the Elysian Fields, breathtaking views from the Eiffel Tower, insightful tours to Louver and Notre-Dame Cathedral, delicious cuisine and excellent shopping opportunities. France, however, is less popular as a business trip destination, which is unfortunate, as the country offers excellent work environment. Inessa Korotkova, Russia and CIS Director, Atout France, gives an account of MICE development in France. 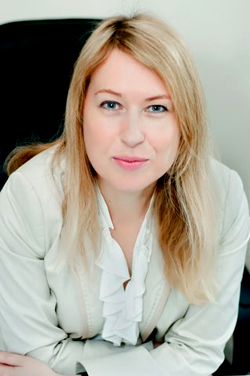 — Cuisine, sophisticated shopping, rich history and unforgettable sights make a great tourist attraction package. Although, corporate tourists may think this is not enough. What kind of services may be offered to business tourists in France?

— France is a European leader by MICE infrastructure. The country boasts 120 congress halls, 2,000 convention centers, 15 Congress Houses with a 4,000 seating capacity each, 80 exhibition parks and over 600,000 hotel rooms. Besides, the country has a well-established air and ground transportation transport including 157 airports and Europe’s longest railway network. Thus, France is one of the most attractive locations to hold events of any scale and level. 2011 Deauville and Cannes Summits are the best evidence of that.

— What is a business travel share in total tourist inflow in France?

— The MICE sector directly accounts for 10% of total number of foreigners visiting France; however, the sector is responsible for over 35% expenses of the total funds spent by tourists in France. Besides, most MICE events enable French tourist sector to operate all year round.

Over 3,400 French companies are engaged in the MICE sector. Paris holds 80 congresses on average per month which financial performance was estimated in 2010 at €414 million. It is worth noting that tourism is country’s leading economy sector which accounts for 6.3% GDP.

— Are there any government plans to expand the sector?

— No doubt about it! In 2010, France invested over €1.5 billion in hotel projects and €240 million in exhibition parks, a 97% increase from the pre-crisis 2007. No matter of the fact that France is the most popular tourist destination, it is by no means willing to «rest on its laurels». The country continuously grows the sector to introduce a new classification system for the most prestigious accommodation facilities (Palace) and improve infrastructure and service quality.

— Is Russian market included in the priority markets for French MICE industry?

— Our partners are showing increasing interest in Russia. For several years now, together with CFTAR (France Meetings Convention Board) we have been inviting Russian experts to visit Bedouk exhibition. MICE opportunities in France have been promoted since 2011. Our key goal is to increase awareness about MICE sector in France and present French DMC to Russian experts.

— What global events annually held in France attract most visitors from Russia?

— This is Mondial de l’Automobile, a Paris biannual motor show, which is extremely popular across the world. In 2010, the exhibition had 1.2 million visitors. Other events include the international agricultural exhibition with average 600,000 visitors annually, Paris Air Show, which has reached its historical visiting highs this year, and Vinexpo, an international wine salon in Bordeaux.

— What general trends in demands would you like to highlight?

— By all means, Paris and Cote d’-Azur remain the most popular destinations, but regions are also becoming a popular choice. After visiting Paris, most tourists return to France eager to see something new and discover provinces with their unique attractions.

— A new Moscow — Marseilles route was launched in October this year. Does it involve any new offers?

— It is a very important market event. Air France operates Marseilles-Moscow route four times a week from October 2, and many tourist companies have offered the relevant service packages. Marseilles is the heart of Provence which makes it easy for tourists to visit all major cities of the region: Aix-en-Provence, Aries, Avignon, Camargue and Cassis.

ABT in the social networks